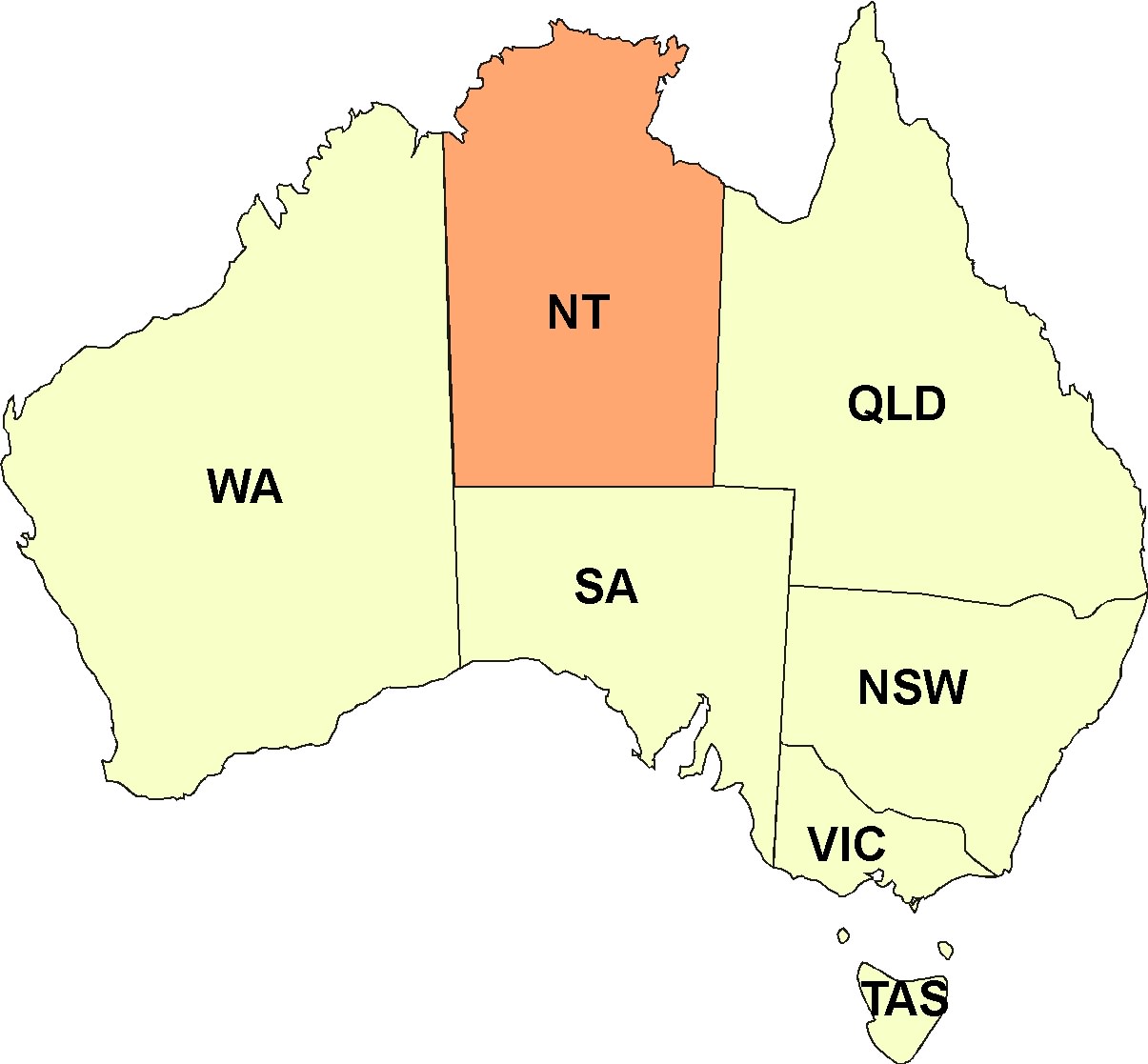 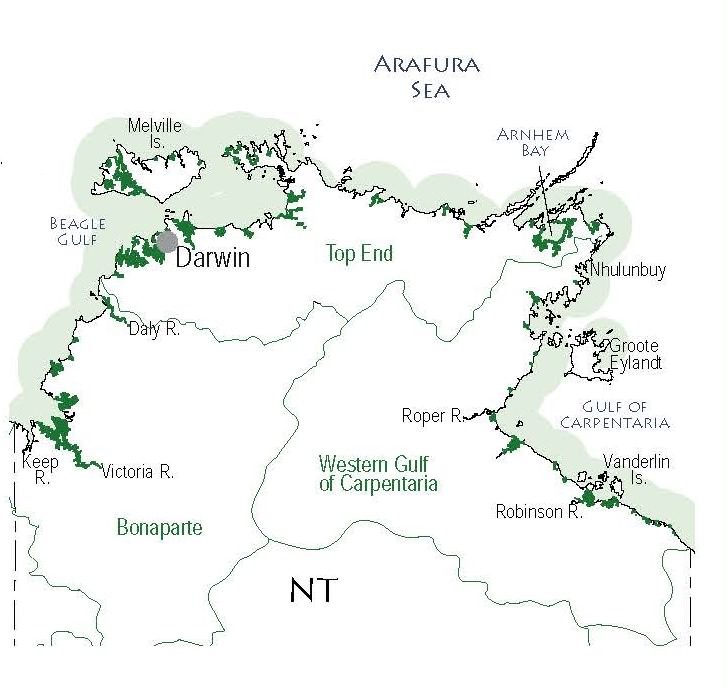 Mangroves in the Northern Territory represent 42% of Australia’s mangrove communities. They vary from species rich in the highly seasonal rainfall areas of the Tiwi Islands, north-east Arnhem Land and Kakadu, to species poor in the seasonally arid mangrove areas in the Gulf of Carpentaria and Joseph Bonaparte Gulf. Species numbers decrease with increasing latitude to the south. However, a notable pattern in Northern Territory mangroves is the increase in species numbers in areas of higher rainfall.

2018 List of Mangrove Plant Species in the Northern Territory

Coastal areas are generally characterised by monsoonal climates that have uniformly high temperatures and highly seasonal rainfall. The dry season from April to November is the dominant feature of the climate, with 95% of river flow occurring in the wet from December to March. Tidal ranges vary from over eight metres in Darwin Harbour and the west coast, to around two metres in parts of the Gulf of Carpentaria. A feature of many coastal areas is the large macrotidal rivers that drain low relief coastal landforms. Mangroves also penetrate up to 100 km inland because of the greater influences of tide and salinity from larger tidal amplitude assisted by the low relief landforms and seasonal rainfall. Most of the coastline is affected by low wave energy, supporting mangrove grow to reportedly occupy 42% of the 10,953 km coastline.