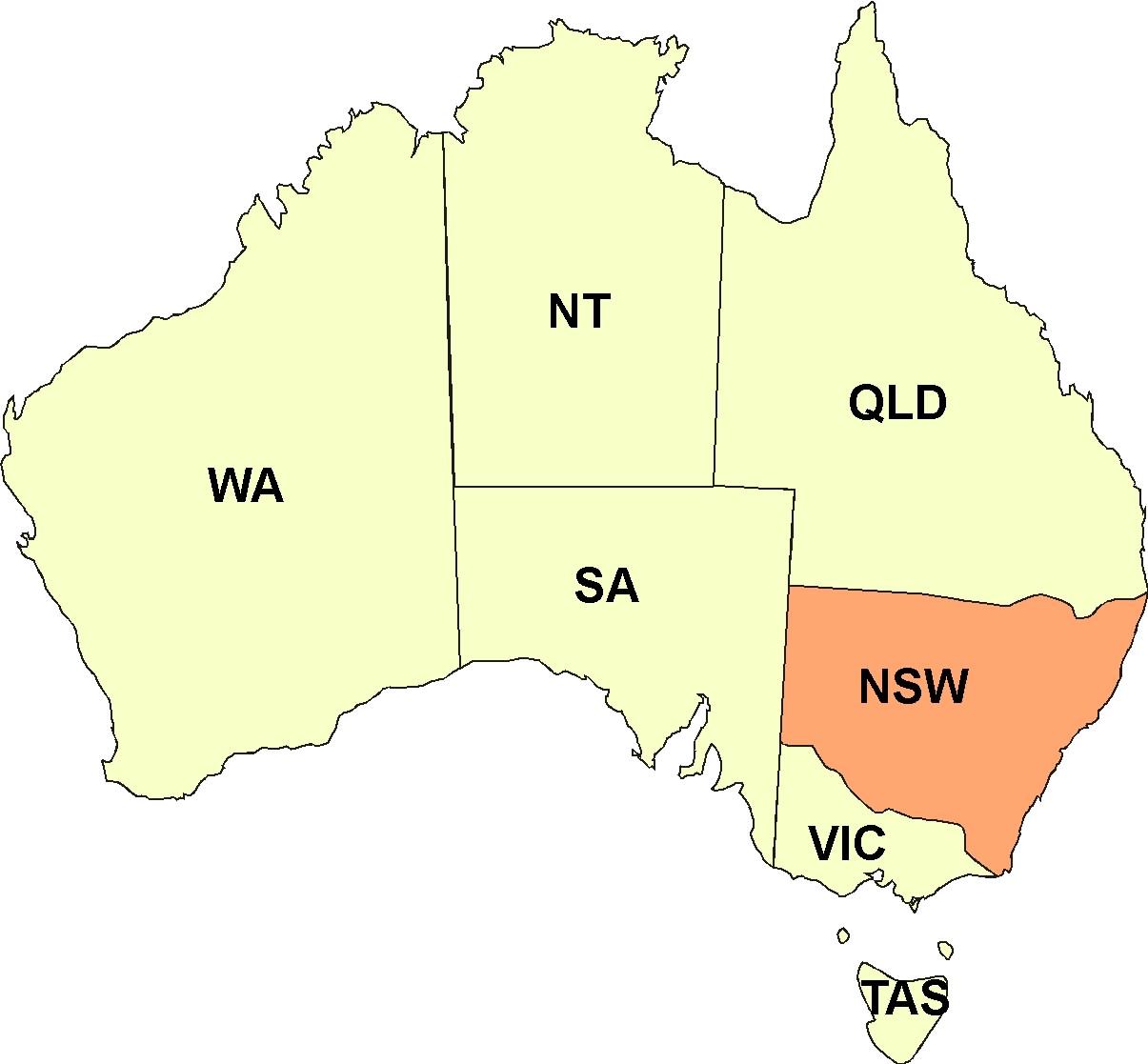 The New South Wales (NSW) coast is a high wave-energy coastline, where mangroves are confined within sheltered embayments and estuaries. Of the 133 estuaries and small coastal creeks in the state, 69 contain mangroves, covering a combined area of 107 km².

Currently there are no active MangroveWatch groups in New South Wales.

Floristic diversity declines with increasing latitude, from six species near the NSW/Queensland border, to two in the Sydney region. Aegiceras corniculatum occurs further south to Merimbula Lake after which only scattered individuals of Avicennia marina are found in the Wonboyn River near the Victorian border. Other species are confined to the northern estuaries of NSW, with the southernmost occurrence of Rhizophora stylosa at South West Rocks Creek (30º 53’ S, 153º 02’ E). Rhizophora stylosa and Bruguiera gymnorhiza are most common in the back-barrier north and south arms associated with these river systems.

Palynological evidence from the Richmond River suggests these species were previously more extensive. Their presence in the region had declined over the past 6000 years. This comes in contrast to very recent observations of expansion of Avicennia marina into neighbouring saltmarsh habitat in many NSW estuaries. The reason for this recent proliferation appears to be related to human influences including climate change.