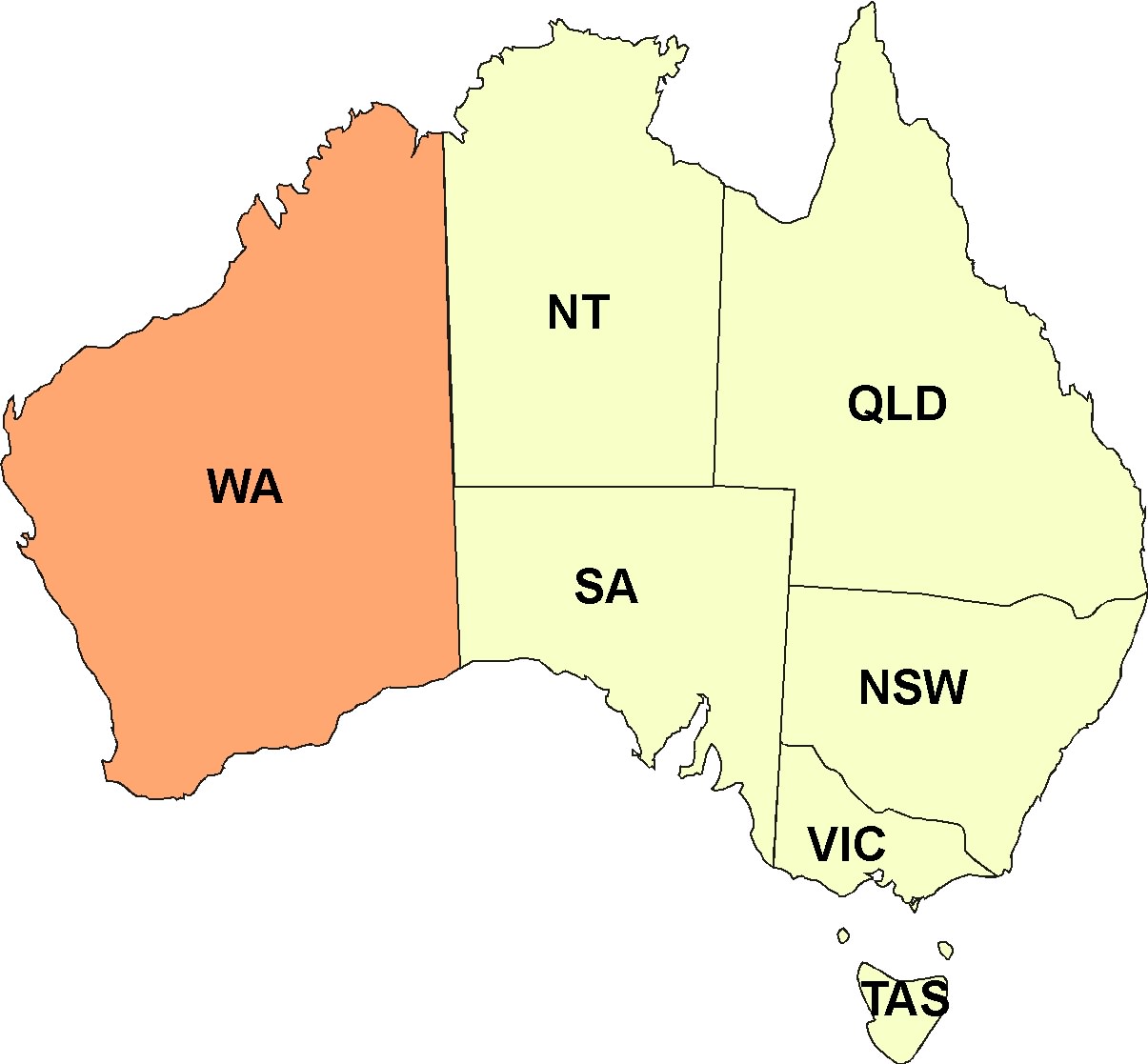 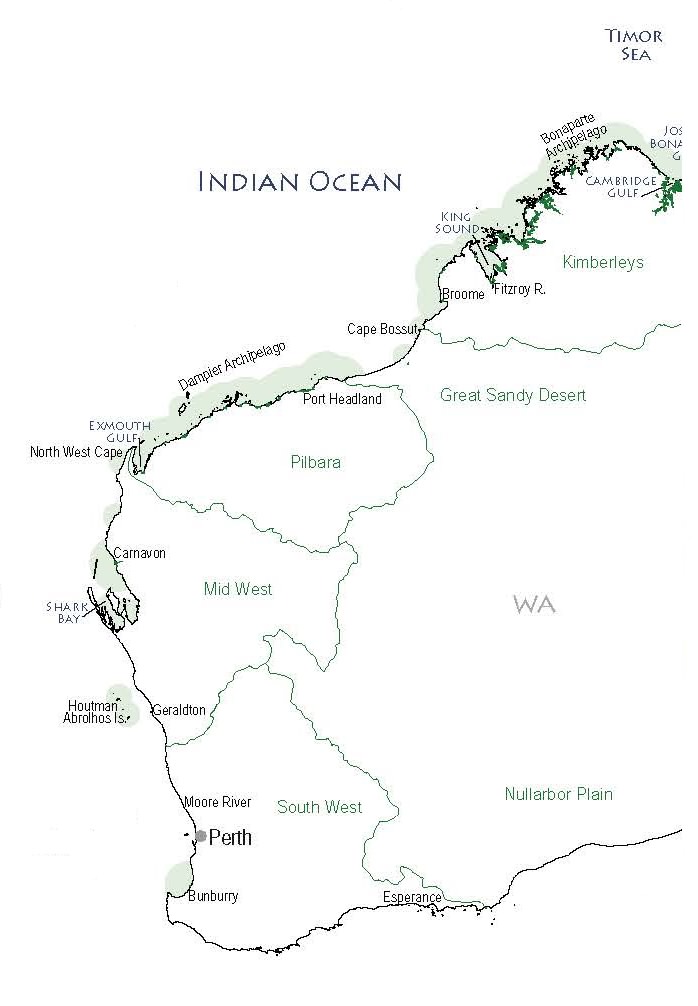 Western Australia’s mangroves border the Indian Ocean and Timor Sea, spanning a diversity of climatic and geographical settings. Within this range of environments, mangroves occur as a complex ensemble of habitats and plant types quite different from elsewhere in Australia. Climate varies from tropical subhumid around Port Warrender, through tropical semi-arid and arid along the coast bordering the Great Sandy Desert and Pilbara coasts, to almost temperate humid conditions in Leschenault Inlet at Bunbury.

Currently there are no active MangroveWatch groups in Western Australia, if you are interested in starting a group fill out the form below;

–   their presence noted for 5 catchment regions (see Map above)

Tidal ranges vary from macrotidal, exceeding 10m in the north, to microtidal in the south. In response to such abiotic differences, including temperature, species richness shifts from 19 species in the north to none in the south where each species has a particular southern limit of tolerance. Mangrove habitats further occupy different geological regions that influence distinct differences in growth form.

In the Pilbara region, the coast is a complex of deltas, limestone barrier islands and lagoons, with a variable suite of substrates. As a result, mangroves in this region form relatively diverse fringing stands, albeit often stunted in stature but at times quite extensive in area. By comparison, the area bordering the Great Sandy Desert, with no substantial riverine input, has a series of tidal flats and barrier sits with lime mud and quartz sand substrates. Here, the few mangroves present occur as stunted and gnarled shrubs in isolated enclaves.