Traditional owners are concerned about the recent mangrove dieback in their area. They have sought help from TropWATER mangrove scientists to train and equip two of their dedicated Ranger teams in Normanton and Burketown (Gangalidda Garawa) for monitoring and assessment of local shorelines. This project will raise capacity of these dedicated Ranger teams consisting of around 19 rangers in total, to conduct boat-based MangroveWatch surveys in their respective areas of the southern Gulf region.

Normanton and Burketown are situated in Queensland on the south eastern corner of the Gulf of Carpentaria east and west of the Flinders River..

Aboriginal rangers in Normanton and Burketown are working to evaluate the extent of the massive and mysterious mangrove dieback in the Gulf of Carpentaria.

The dieback, involving more than 7,400 hectares of mangroves stretching 1,000 km west of the Gulf town of Karumba, was discovered in early 2016, with scientists describing it as “unprecedented”.

The Queensland-based Carpentaria Land Council Aboriginal Corporation, with the help of TropWATER at James Cook University, is now training its rangers to monitor the situation for the eastern side. 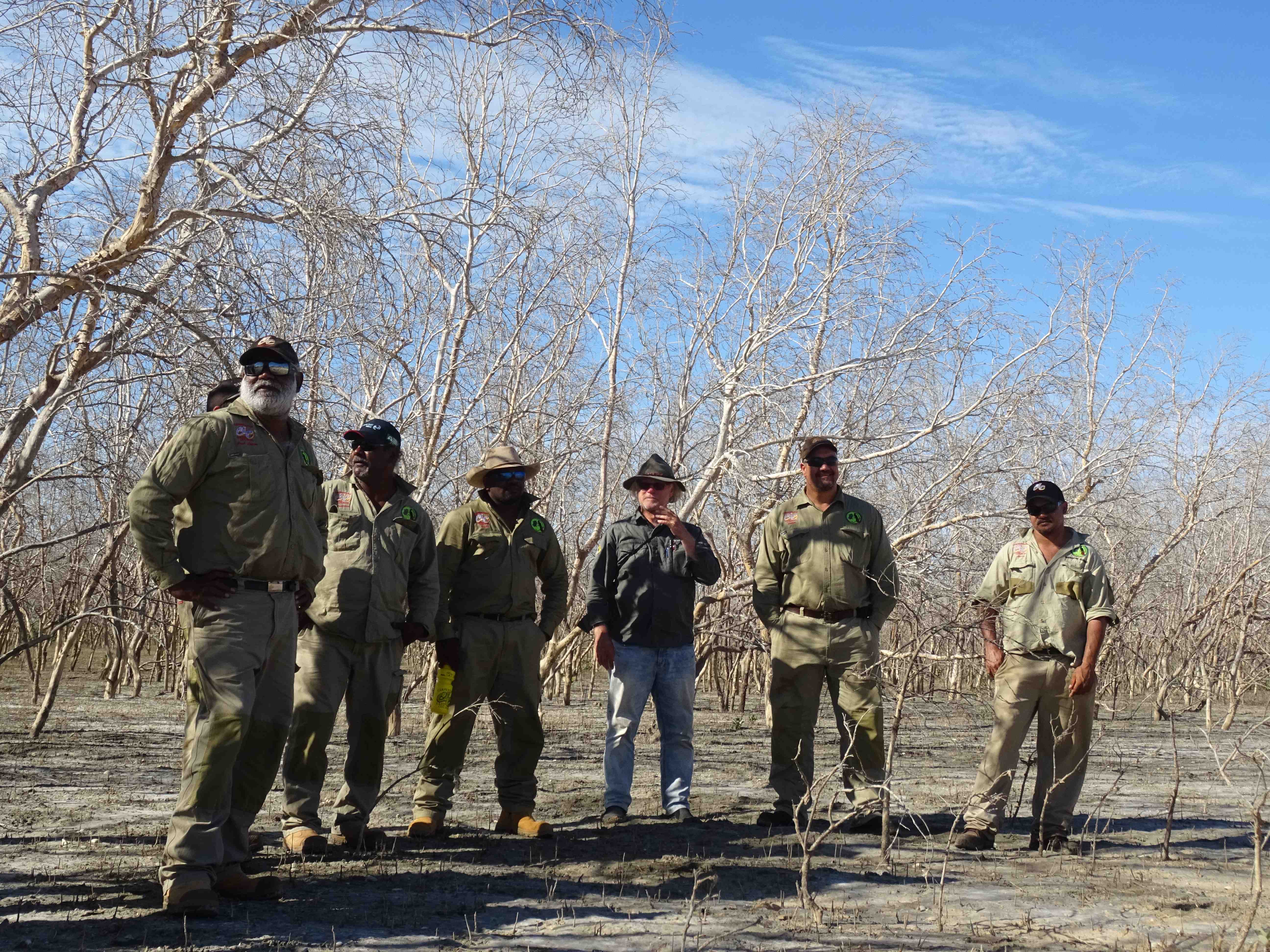 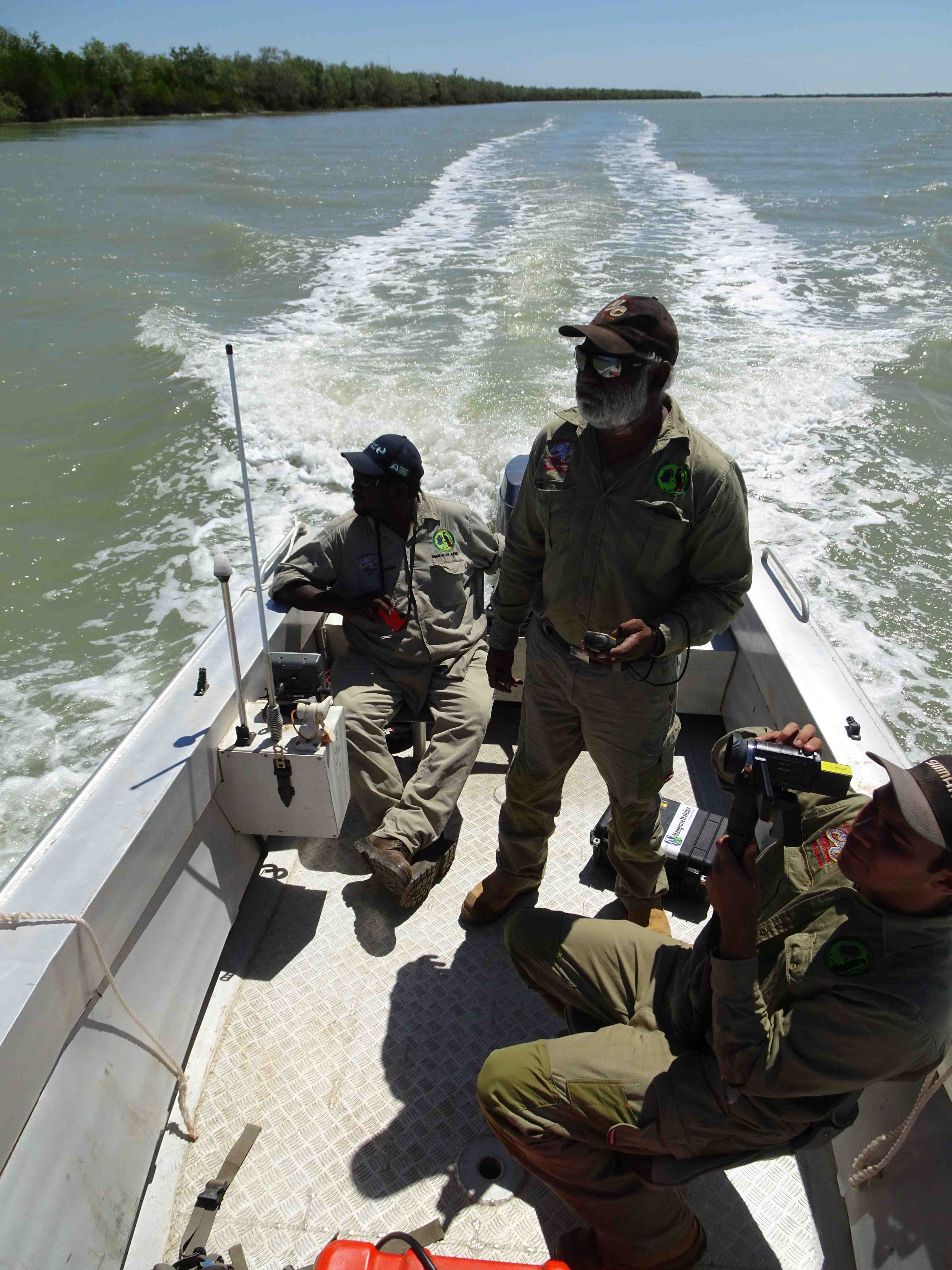 “TropWATER is giving its full support towards having well-advised, and science-trained local indigenous rangers across the north of Australia. The rangers are very keen to improve their recording and dissemination of information so the data they collect is relevant to environmental managers in Government, as well as for science researchers,”

“Locals are justified in their concern for possible impacts on fisheries, coastal productivity, as well as to shoreline stability and more. Losses of shoreline mangroves exposes those shorelines to severe storms and waves that could erode large sections of coastline.”

This work has been undertaken and funded at the initiative of the CLCAC as these Traditional Owners are extremely concerned about the phenomenon.  Through this training, CLCAC Rangers will gain the skills and knowledge to continue monitoring and evaluating mangrove shorelines across the southern Queensland Gulf.

Normanton Senior Head Ranger Paul Richardson is keen to see further investigation into this occurrence and opportunities for Indigenous rangers to undertake monitoring.

He said, “Traditional Owners are concerned about the recent dieback event and the potential widespread environmental impacts it may have.  For example, dieback has occurred across important habitat for migratory shorebirds”

The methods used in MangroveWatch monitoring are readily learnt and applied – requiring participants to use a camera and a hand-held GPS device.

“This is a remote part of the country, so by using such methods in a standard way provides extremely valuable and useful data.”

The program has a win-win outcome by supporting Indigenous rangers as guardians of Australia’s isolated shoreline resources they can provide valuable scientific data that otherwise would be lost. This is a big problem in such a remote part of the country. 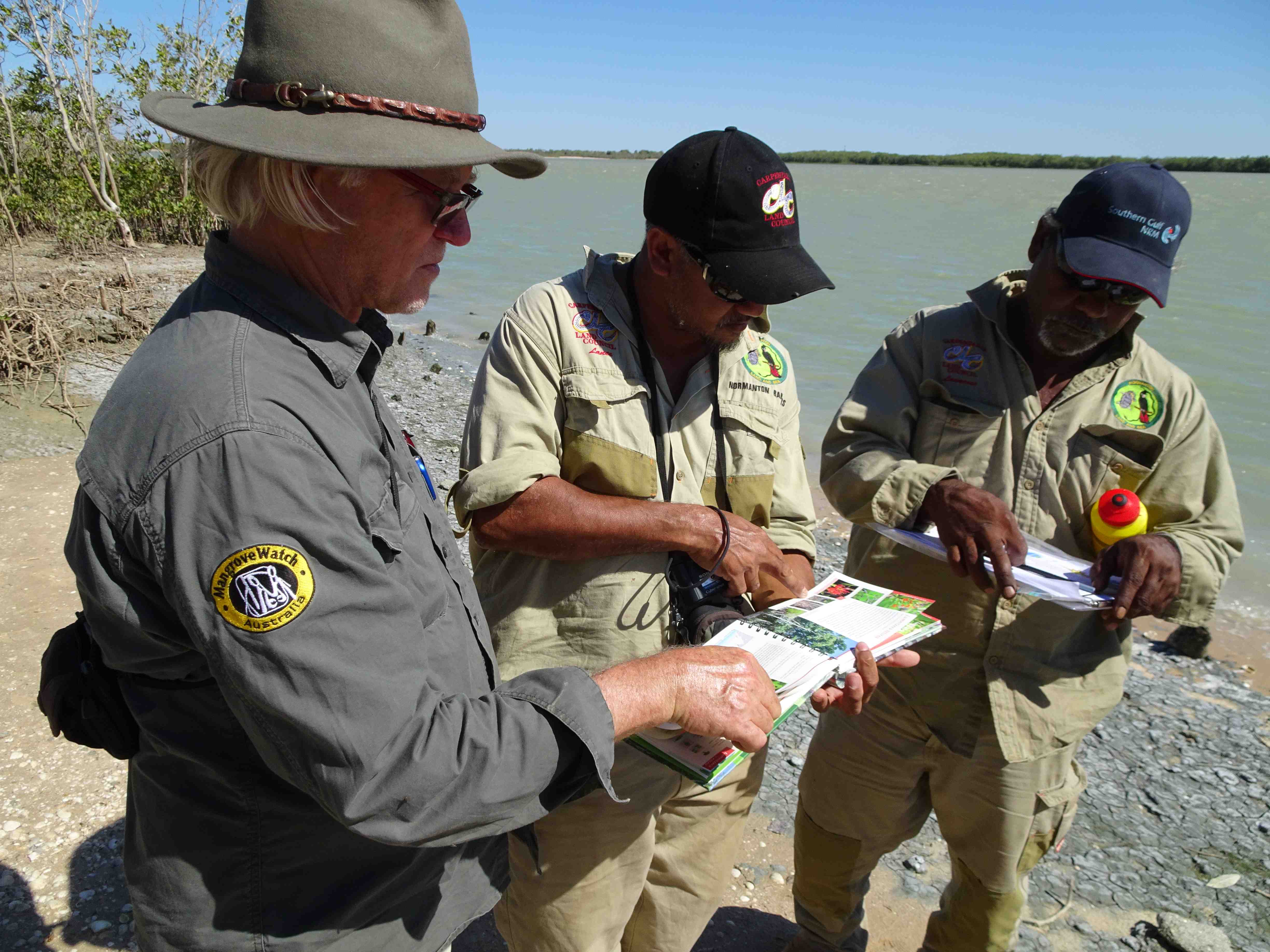 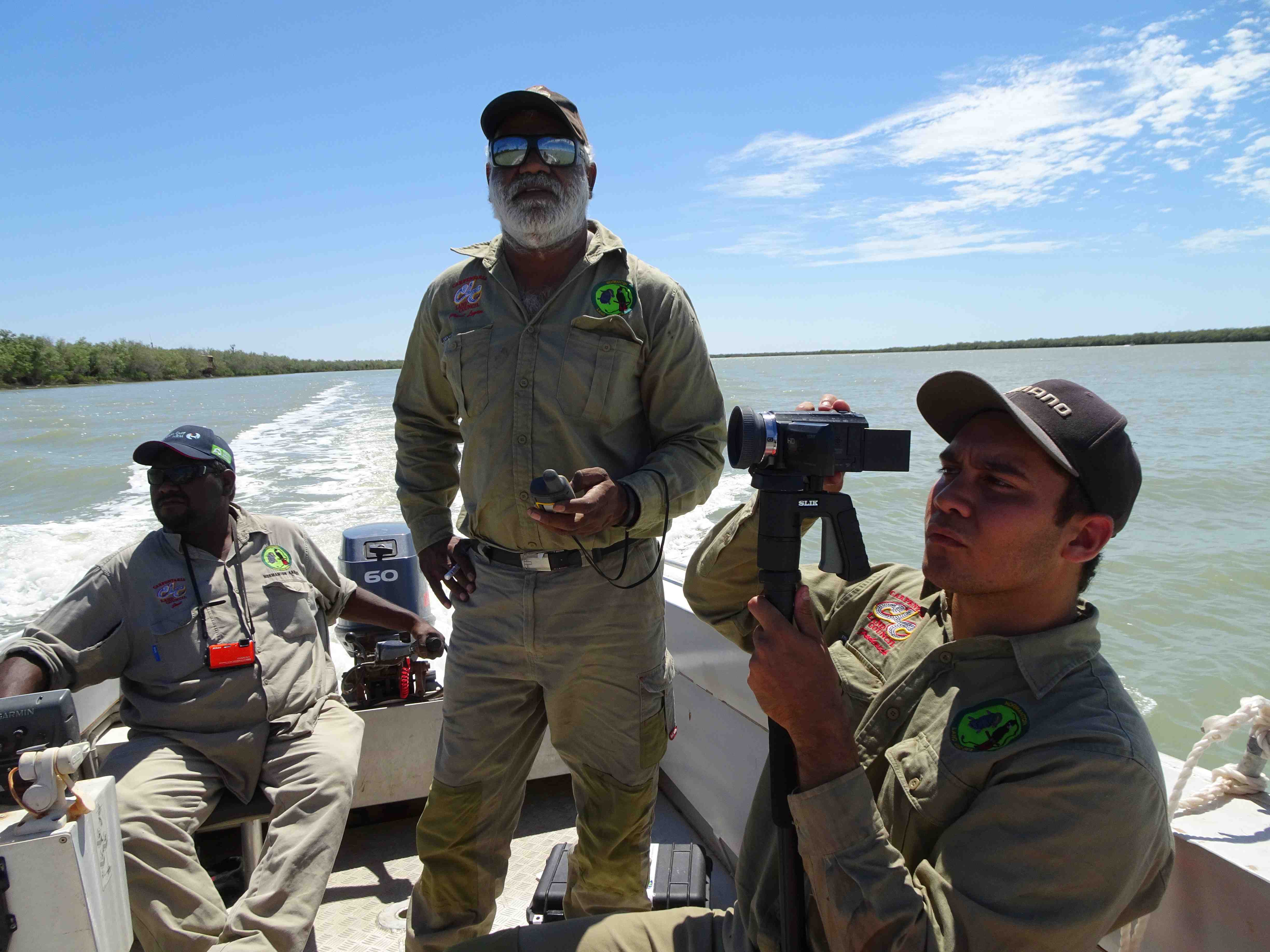 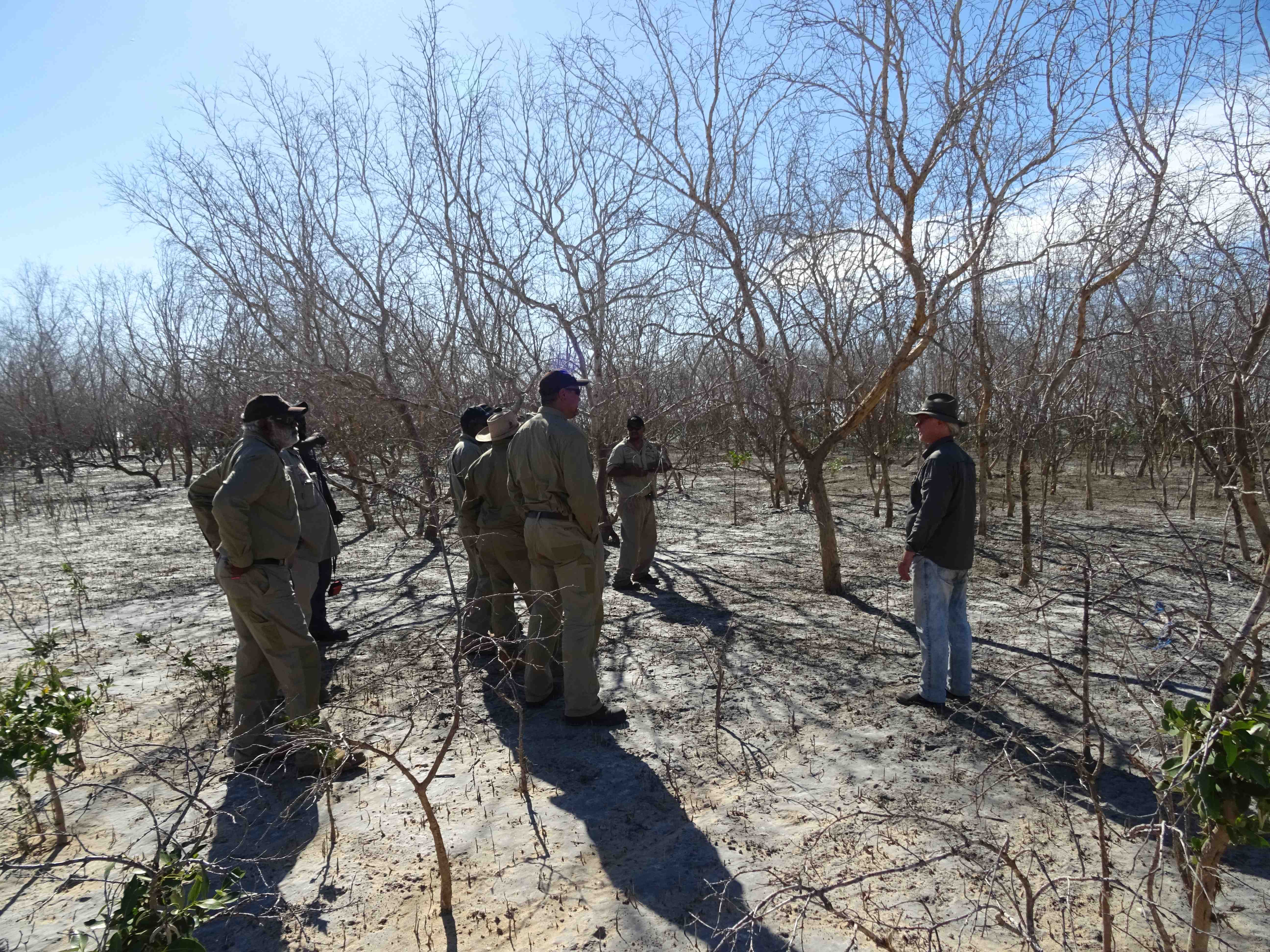